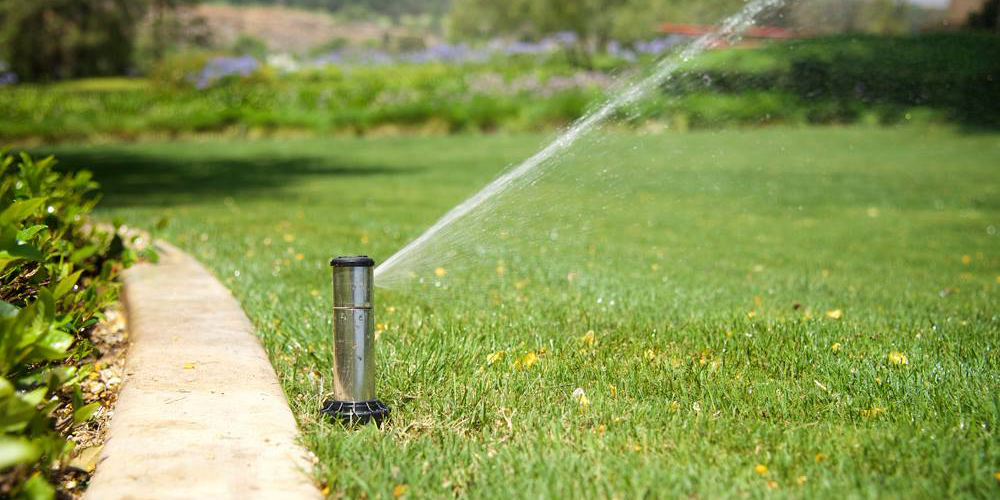 The sky’s the limit when it comes to irrigation systems. There are many different kinds, and you can even use a combination of various methods depending on what kind of needs you have. Whether you have a personal garden, a farm, a golf course, or some neighborhood common areas, the right option is out there.

The center-pivot system works best for agricultural fields because it has the ability to make better use of the water resources available while providing sufficient water for the plants below.

A center-pivot system is a series of metal pipes on wheels, positioned on a motor-powered pivoting mechanism. The pipes water plants from above while the whole unit pivots to cover the entire area.

Both center-pivot and rotation irrigation water plants from above, but drip irrigation places water directly on top of the soil or within the root zone. It’s an excellent irrigation system for greenhouses or places where water is scarce because of it’s potential to recycle and preserve water.

Flood irrigation is precisely how it sounds. If floods the area via a ditch, pipe, or other means of overflow. The water delivered to the area is absorbed in abundance, and as it fills the entire field, only about half of it gets used to irrigate the crop. It’s one of the least efficient irrigation methods but is still in wide use in the agriculture industry because it’s cheap and easy.

Furrow irrigation is similar to flood irrigation, but it’s easier to control. Trenches between lines of crops in a field are filled with water, and the water seeps vertically and horizontally into the soil. The water doesn’t touch the plants directly, so it works great for row crops, trees, and vegetables.

Sprinkler irrigation intends to mimic rainfall. It’s used widely in agriculture and landscaping. It’s common among residential properties. It provides water to plants and helps cool them and control dust. Water reaches the plants through droplets, and there is some evaporation waste.

Subirrigation involved delivering water to the root zone via seepage. Plants absorb what they need, and the excess is saved for reuse. It’s efficient because they’re rarely any waste. It saves water, nutrients, and labor.

What type of irrigation system will work for you depends on what kind of crops or plants you have. You may even find that a combination of methods may work best in different areas of your operation. Make use of time controllers to make the best use of the time you have. You can find all of the parts you need at Sprinkler Warehouse.