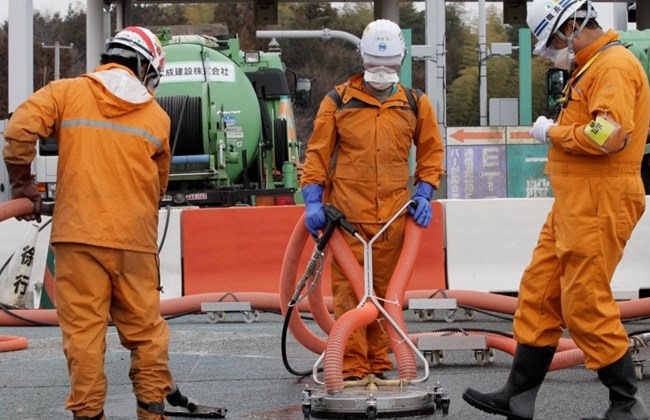 Few people relish the opportunity to clean up stains of blood and rotten dead bodies much like crime scene cleaners do. It’s an occupation that’s barely heard of in today’s world and only a few people are aware that this type of job even exists. But crime scene cleaning is an actual thing and it takes a lot of steel-nerves for an individual to consider this type of work as his daily occupation.

The crime scene cleaning industry is continuously growing ever since its inception in the early 90’s. Since it’s relatively new, a lot is unknown to the general public about how the industry operates. This has piqued the interest of many curious individuals who are eager to find out what happens behind the scenes of crime scene cleaning. Before we dive down into the dirtiest details of this bizarre job, let’s first define what crime scene cleaning is.

What is crime scene cleaning?

As the name suggests, crime scene cleaning is the process of decontaminating and sanitizing crime scenes that are a result of homicides, suicides, violent deaths, accidents, and many unfortunate events. To the untrained individual, they see blood stains and decomposing bodies. To crime scene cleaners, they see pathogens and biohazards. When left uncleaned, these harmful microorganisms can cause serious diseases and infections.

Crime scene cleanups are more than just cleaning up after someone’s death. It’s about ensuring that the area is completely clean and free of any substances that can pose a threat to human health. That’s why it requires significant training and knowledge before an individual qualifies as a crime scene cleaner.

When a traumatic death occurs, it’s the job of crime scene cleaners to clean up the mess. A normal human being should not get involved in any cleaning whatsoever when a person dies. This is because all bodily fluids caused by death are classified as biohazards by federal regulations. This means that any blood, tissue, or fluids present at the crime scene can potentially cause infections and diseases.

Crime scene cleaners undergo specific training to safely handle hazardous substances. They are also trained to look carefully for any biohazards and pathogens that might have scattered throughout the crime scene, especially if it’s a bloody one. For example, blood stains might have dried up on furnitures, pillows, doorways, and other areas of the scene. They are required to carefully observe their surroundings and clean any bodily fluids that they come across.

Sometimes crime scene cleaners will pull out tools such as crowbars and hammers to break areas like wooden floors and in some cases, meth labs so they can decontaminate the area where biohazards and harmful chemicals are present.

Each crime scene comes with its own unique challenges that crime scene cleaners have to be ready for. Depending on the amount of biohazards present, the number of dead bodies involved, and the severity of the situation will require different tools and different approaches to effectively clean and sanitize the area.

The growth of the crime scene cleaning industry

Crime scene cleaning is unique on its own. It’s not for everyone, and it’s one of the most distressing jobs an individual could ever take. But knowing that there are a couple of people out there who are willing to face such a dreadful task is comforting enough for the families of those who have lost a loved one.