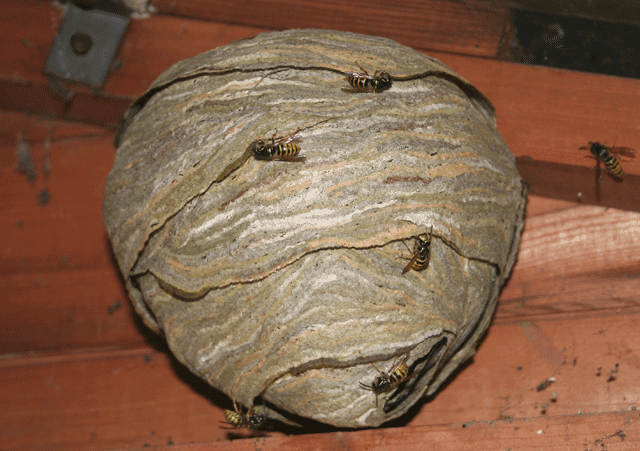 Different species of insects have varying behaviors and survival methods. While some insects may live on and within things natural things without building other types of structures others build nests specific to their needs. Seeing nests of pests within your property can make you panic. But, to make sure you get rid of them completely and effectively, you need to let Boise pest control handle the job for you. Seeing any of the following insect nests will necessitate a call for a pest control expert:

Some ant species build nests that look like mounds of dirt. These nests serve as the home to the ant colony. The colony burrows below ground to make a bigger nest than what’s visible from the outside. Some ants make nests with holes in the center while others have no center opening (fire ants). Also, some ant species build their nests aboveground such as high in trees.

Some bees, such as honey bees, create hives aboveground while others build nests underground. The majority of bumblebees made their nests underground and only use their nest once before abandoning it. Often, the nests of ground-nesting bees are conical in shape, with an opening near the center.  They are often found around springtime when the bees are preparing to mate.

Most termites make their nests underground near people’s homes. These areas are where they usually eat away at wood and may cause costly damage. Subterranean termites nest underground and their nests are identified by the presence of mud tubes. Drywood termites usually nest directly within the houses they want to chow down on, within door frames, structures, and hardwood floors. Some termites build big, hulking nests.

Although you might not come across some of these nests, you may run into others such as paper wasp nets or fire ant nests. It is important to know what some kinds of insect nests look like, to identify the kind of pests you have to deal with. If you think you have a pest issue on your property, contact a pest control expert immediately.